Russian citizen was threatened with 4-6 years of imprisonment: due to the lawyer of “AM” Law Firm he is in freedom 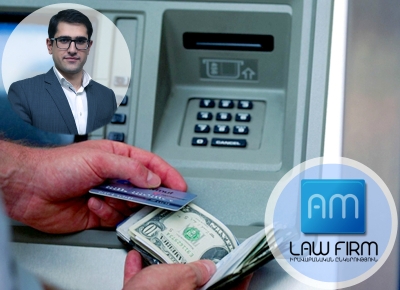 
On August 18, 2018, a robbery attempt of more than 9 million drams was made in Hrazdan city, which resulted in arrest of Anton Loginov, citizen of the Russian Federation. A criminal case was initiated within the scope of which he was charged with Article 181, part 3, point 1 of the Criminal Code of Armenia: that is a use of computer technology for a particularly large-scale robbery attempt.

Albert Simonyan, advocate at “AM” Law Firm, was responsible for the protection of the rights of Anton Loginov. As a result of the latter's professionalism and a right strategy chosen, the Court of General Jurisdiction of the Kotayk Region satisfied the motion of the defense and made a decision on June 6th  of this year, to terminate  the criminal persecution against Loginov and  dismiss the criminal proceedings.

Russian and Ukrainian employees in Armenia and the existing ...

The rights of those on maternity leave were violated: the ...

The victim of a road traffic accident can become an accused. ...
Feedback
When I first applied to "AM" law firm, I was ready to pay a pretty significant amount of money for their services. I was surprised to hear that the case was simple and a lawyer’s assistance was not necessary, and why waste money. Indeed, my problem was resolved for free. Their honesty does surprise me.