The fine in the amount of 150 million AMD has been declared invalid in the result of cooperation with SRC: “AM” has recorded another victory 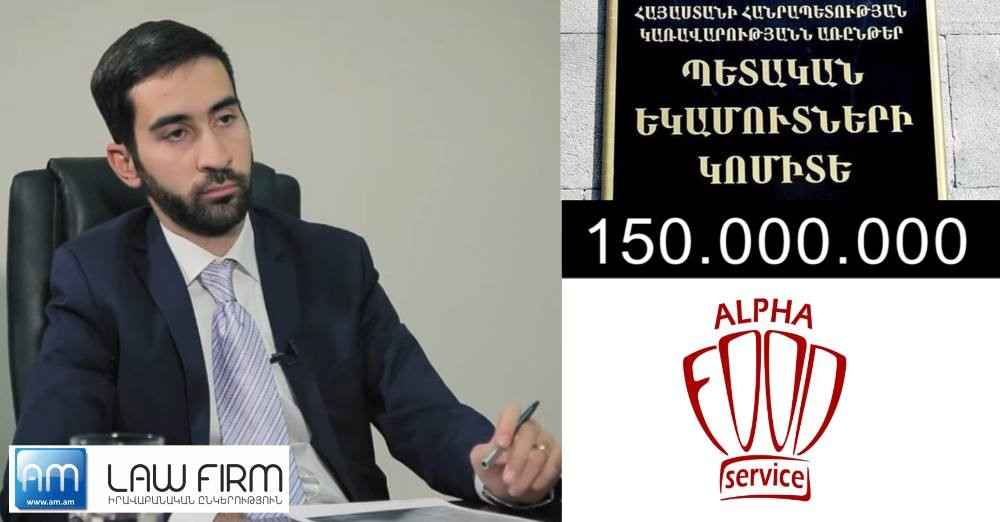 
In May of 2020 “Alpha Food Service” LLC has been penalized for 150 million AMD for the violation of retail restrictions provided for the activity of import of the alcoholic beverages subject to notification. “Alpha Food Service” LLC has applied to “AM” Law Firm for the protection of its interests. Due to the efforts of Vanik Margaryan, Partner, advocate in “AM” Law Firm, the mentioned act has been appealed, in the basis of which the main fact was put that the fine provided by law contradicts to RA Constitution does not pursue a legitimate aim as retail restrictions were associated with the use of older generation cash registers in which case the product identification data was not indicated on the cash register receipt, meanwhile at present such a problem does not exist and the restriction is meaningless. Realizing that this restriction is out of date a draft on its elimination was submitted to the National Assembly by the RA Ministry of Economy which, however, did not provide an elimination of fines imposed before the law came into force. The advocate of “AM” Vanik Margaryan and the representative of one of the 100 large taxpayers having a similar problem submitted joint proposals on the project to the Government and the National Assembly, to give retroactive effect to the law, which was approved by the State Revenue Committee. Demonstrating high professionalism The State Revenue Committee eliminated the large fine applied by it on its own initiative, ensuring the supremacy of the RA Constitution.

Due to the victory of “AM”, the former employees of ...
Feedback
After many years of work with AM Law Firm we want to express our gratitude to the team. Being always polite and positive, they bring good mood and atmosphere to our relationship. All our requests were carefully examined and we were always provided with very professional answers. "Polite, Organized and Professional" - all this is about AM Law Firm team!