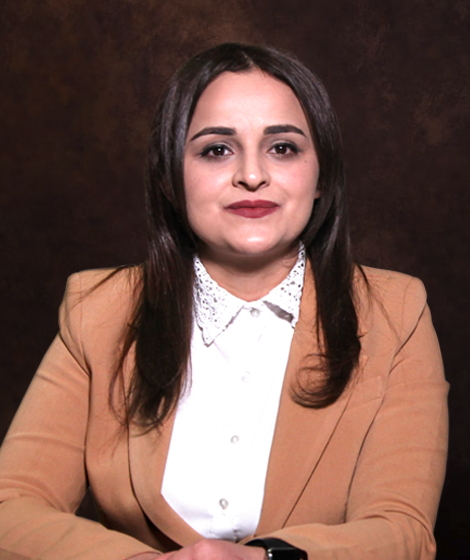 Paytsar Kocharyan joined «AM» Law Firm in 2016. She is an attendee of “RA School of Advocates” foundation.

In 2013-2016 she worked for “Gegharkunik Regional Library named after Vardges Petrosyan” SNCO as a Legal Adviser providing legal services in the fields of Labour, Administrative, Family and Civil Law.

In 2012-2015 she was a member of Youth Parliament adjacent to NA Standing Committee on Science, Education, Culture and Youth Affairs of RA.

In 2012-2013 she studied at the School of Young Leaders of National Democratic Institute of America (NDI).