The deputy director of Yerevan subway was illegally dismissed from the work: thanks to «AM» he was recovered in his former position 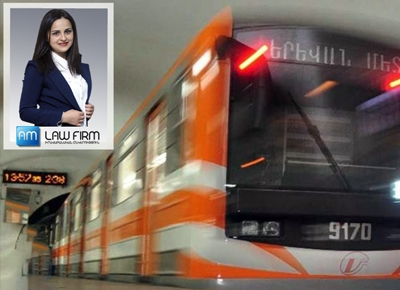 
The deputy director of Yerevan subway applied to «AM»  Law Firm, informing that he was dismissed from the work and another two disciplinary penalties was applied to him: reprimand and severe reprimand. Our team of lawyers submitted a claim to the court of first instance of general jurisdiction of  Yerevan city  by demands of recognizing invalid the applied disciplinary penalties, recovering in the work and confiscating the amount for mandatory idleness. It was mentioned in the justification that while terminating the employment contract the employer has allowed substantial violations of the rules, provided by RA labor legislation. The employer, in particular, did not require an explanation from the employee about supposed violations, as well as applied at once several disciplinary penalties for one violation. Besides, the decisions on applying disciplinary penalties were taken by violations of the requirements of RA law ''On normative-legal acts''. During the trial the responding party did not present reasonable facts and proofs that the employment contract with the employee was terminated in accordance with requirements of RA legislation and with preservation of its rules.

As a result, the court of first instance of general jurisdiction of  Yerevan city   took a decision to satisfy the claim of the advocate of «AM» Law Firm. The court decided to recover the employee in his former position and confiscate amount in the size of employee’s average salary from the employer for the whole period of mandatory idleness till the day of actual implementation of the decision.