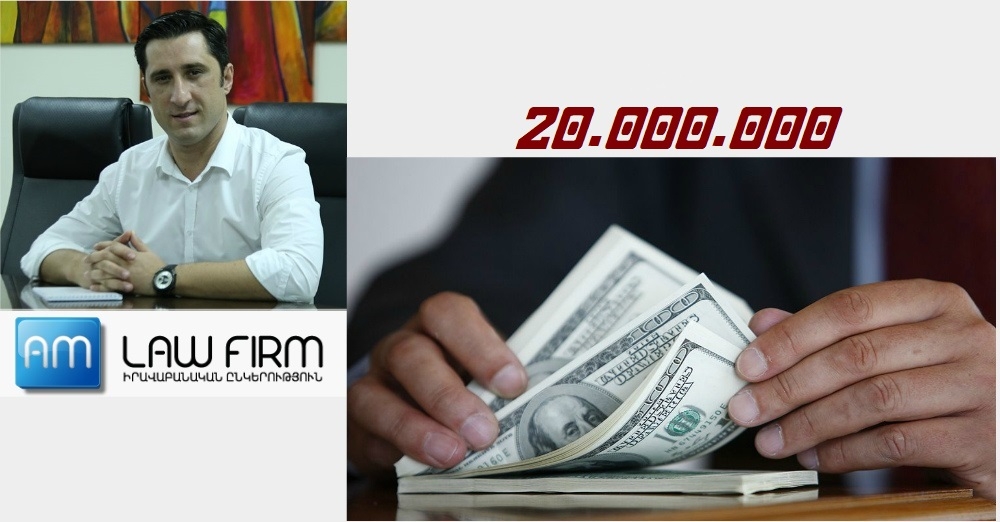 
The 70-year-old man has applied to "AM" Law Firm, claiming he had owed a friend a debt and could not receive his money after a long-standing trial: the case was in the court. Thanks to the efforts of "AM" lawyer Levon Sahakyan, the court upheld the submitted statement. In addition, the recovery of approximately 20 million drams (accrued interest included) would have been extended to the pledge belonging to the debtor.

At the time of the enforcement of the decision, the Department of Enforcement of Judicial Acts of the Ministry of Justice of the Republic of Armenia adopted a Decision on the Sale of Prohibited Goods in an Electronic Auction mandatory. However, this decision was annulled in order of subordination because, during the executive proceedings, it became clear that the arrest had been applied to the property of the debtor by the preliminary investigating body in criminal proceedings against his wife.

In order to enforce the decision and eliminate the long-standing violations of the rights of the client, advocate Levon Sahakyan submitted to the body responsible for the proceedings an application for immediate release which was the subject of the pledge of a house, which was however rejected.

The advocate appealed the investigator's erroneous decision of the prosecutor handling the arraignment, who in a letter stated that the applicant was not participating in the trial; therefore, no decision on the complaint would be made.

In disagreement with the arguments and justifications presented by the prosecutor, we filed a complaint with the general jurisdiction court of the Gegharkunik region, which was satisfied.

Thus, with the elimination of these restrictions and the implementation of the object of the pledge, our client will receive the full amount recoverable by a judicial act, regardless of the presence of other creditors.

The wind damaged the greenhouse, the loan was left without ...
Feedback
Recently I had to initiate litigation related to real estate against a state body in Armenia. After a series of negotiations with lawyers, group of experts from "AM" were the only ones who managed to identify a beneficial way out for us. I see them as high quality lawyers committed to their business. I am recommending them to anyone with confidence.