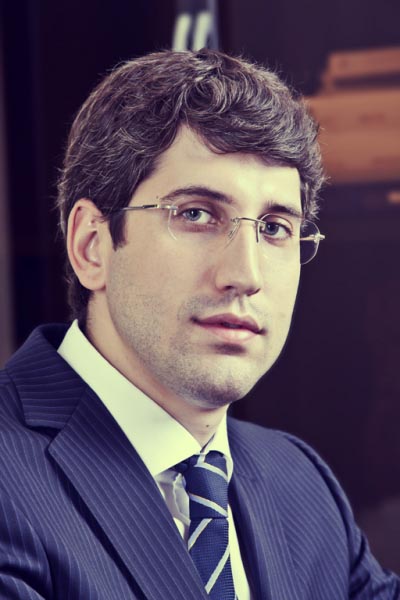 
The member of Republican Party of Armenia, involved in the list of the party for the elections of the Council of Elders of Yerevan city, managing partner of "AM" Law Firm, Doctor of Legal Science Grigor Minasyan answered to the questions of Aravot.am in regard to “Human Rights in Armenia 2013” report published by Helsinki Committee.  According to the report during the year of 2013 Armenia had no progress in the field of human rights, there was no progress in the elections procedure as well, regress was detected in the field of peaceful assemblies and 2013 was notable for political persecutions and etc. Moreover this opinion was repeated not only in the reports of local law enforcement organizations but also in the reports of international organizations of such kind.

On the question whether improvements in the political system of Armenia are necessary for the improvement of the condition of human rights,  Grigor Minasyan answered: “I do not agree with some valuations stated by you, as they are exaggerated, they are blackening everything and all the positive which happened during the previous year and in certain cases they are simply not true. For instance, the reports of the international organizations containing the harshest criticism emphasized that 2013 elections were organized rather good, and a progress was detected in the field of freedom of speech and assembly during the elections.

As for your initial question, I have to agree that the improvement of the condition of human rights is directly linked to the improvement of the political system. The life of our people will be more prosperous when political forces are able to discuss, deeply perceive and offer constructive solutions for serious systematical issues. Unfortunately the civilized political mechanism for the resolution of problems is not fully established in Armenia”.

To the following question:”Don't you think that constitutional and legislative improvements are necessary for the improvements in the fields of democracy and protection of human rights?”Grigor Minasyan answered:

“I do agree: the mentioned statement is true not only for Armenia, but for everywhere. That process is endless and continuous even in the most developed democratic countries. I think that the Commitee for Constitutional Improvements which was recently created by the President of Armenia and further constitutional improvements are also part of that process.”

Concerning the question whether the main reason of the absence of progress in the field of human rights is the absence of seperation of powers, that is, the judicial system de jure depends on the President, and it is constitutionally stated that the President shall control the observance of the  Constitution and ensure the regular functioning of the legislative, executive and judicial powers, Grigor Minasyan finds that judicial system de jure is fully independant from all the branches of power, meanwhile: “not all the judges are de facto independant from the pressure of third parties,  influences and unnessesary intervention to their activities. I fully agree that full protection of human rights is impossible without independant and fair courts, namely without such a system where the vast majority of the judges make objective, impartial and lawful decisions. During my practice of law we often meet such decisions but unfortunately they are not the vast majority yet”.

Source: http://www.aravot.am/2014/02/04/428409/#sthash.D5PANabk.dpuf
Feedback
We are proud to have established a long-term partnership with AM law firm. This cooperation through many years and even more years to come is a true evidence of mutual trust and loyalty between our institutions. Flexibility, speed and reliability of AM law firm are the most estimated features witnessing of high-level proficiency and extensive experience of this company.