The court obliged “Zhamanak” daily to deny the article slandering the official of State Supervision Service: another victory of “AM” 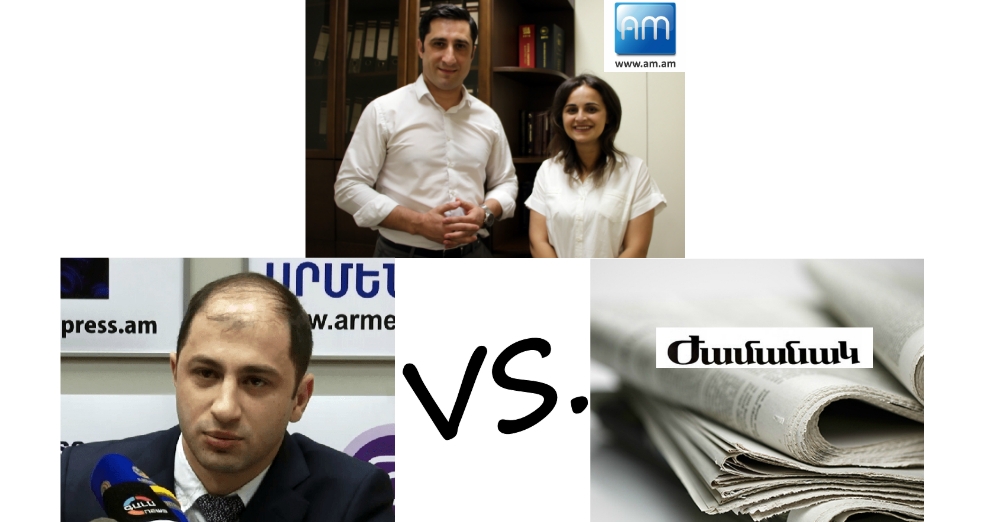 
Head of the Social Sector Control Department of State Supervision Service Davit Adyan has applied to “AM” regarding whom an article entitled “The wolf of the old and new Armenia’’ was posted at the first page of “Zhamanak” daily (https://www.1in.am/2556548.html).

According to his statement the factual data contained in the publication did not correspond to reality and they defamed his honor, dignity, business reputation.

The team of “AM” partner, advocate Levon Sahakyan submitted a claim to the court requesting to oblige “Skizb Media Kentron” LLC to deny the defamatory information contained in the article entitled “The wolf of the old and new Armenia” of “Zhamanak” daily grounding that by this publication the daily tried create a direct contact between incidents with Davit Sanasaryan and plaintiff's alleged actions firstly connecting the events related to Davit Sanasaryan the origin of the initiated criminal case with his person, then representing him as a person testifying against his supervisor and  released from responsibility due to it.

On the opinion of the advocates this part of the publication was creating an impression to any reader that the plaintiff was released from the responsibility, was not arrested as testified against Davit Sanasaryan. It was created an impression that Davit Adyan was directly guilty for the criminal case  initiated against Davit Sanasaryan and this in such case, that he has never been called to the interrogation related to that case, no testimony was given by him.There is no connection between the criminal case initiated against Davit Sanasaryan and Davit Adyan. During the trial, inquiries to the RA Special Investigation Service and the RA National Security Service Investigation Department were made by our advocates. Both services gave answers that no suspect or accused with name and surname Davit Adyan was interrogated.

Examining the proofs available in the case the court came into conclusion that the factual data/information contained in the publication of “Zhamanak” daily “The wolf of the old and new Armenia” are baseless և unreliable, directly relates to Davit Adyan and at the same time they are slanderous and defames his honor, dignity, business reputation.

Thus by the decision taken for the civil case the court obligated “Skizb Media Kentron” LLC to publicly deny the factual data concerning Davit Adyan and considered to be defamatory contained in the article entitled “The wolf of the old and new Armenia” of “Zhamanak” daily under the title “Denial”.

Legal and illegal restrictions on service parking spaces: ...
Feedback
The youth and experience of "AM" lawyers is excellent combination of high professional skills, which help to find a solution to any legal problem.