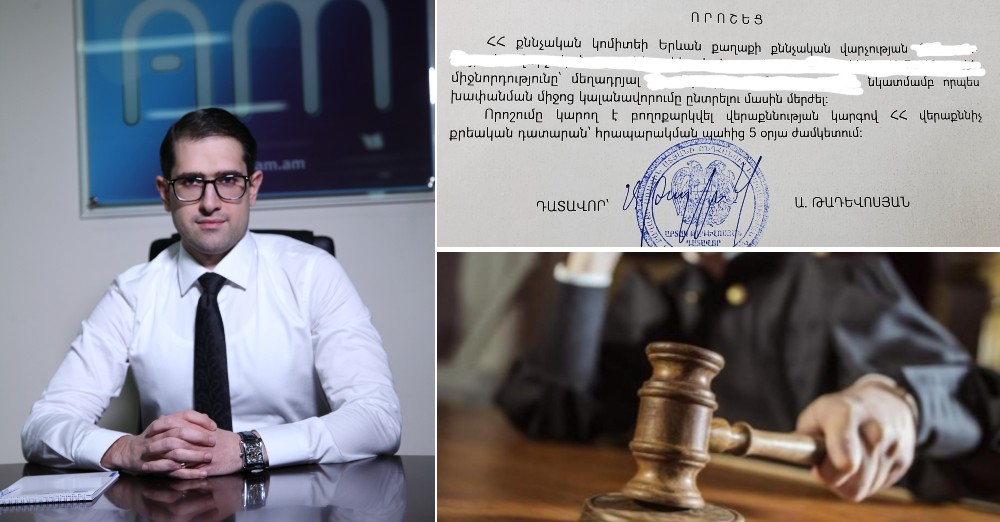 The company’s client was charged with an accusation for committing a particularly severe crime and an imprisonment of 7-15 years threatens to the latter, but the court rejected the motion on choosing the detention as a preventive measure toward him in the reason of absence of the bases.

During the court session the advocate Albert Simonyan grounded with substantiated objections the absence of the bases of detention of the accused and the court with the presidency of the judge Artak Tadevosyan recorded that the investigator in no way substantiated the necessity to choose that precautionary measure, the motion was based solely on the gravity of the charge.

Albert Simonyan emphasized that his client does not plead guilty to the charge they cooperate as much as possible with the body conducting the proceeding to discover the truth and to restore the justice.

The court recognized the publication made by the former ...
Feedback
"AM" law firm is currently the leading firm and addresses all the issues imposed with liability typical to a leader. The cooperation with this firm is guarantee for security.