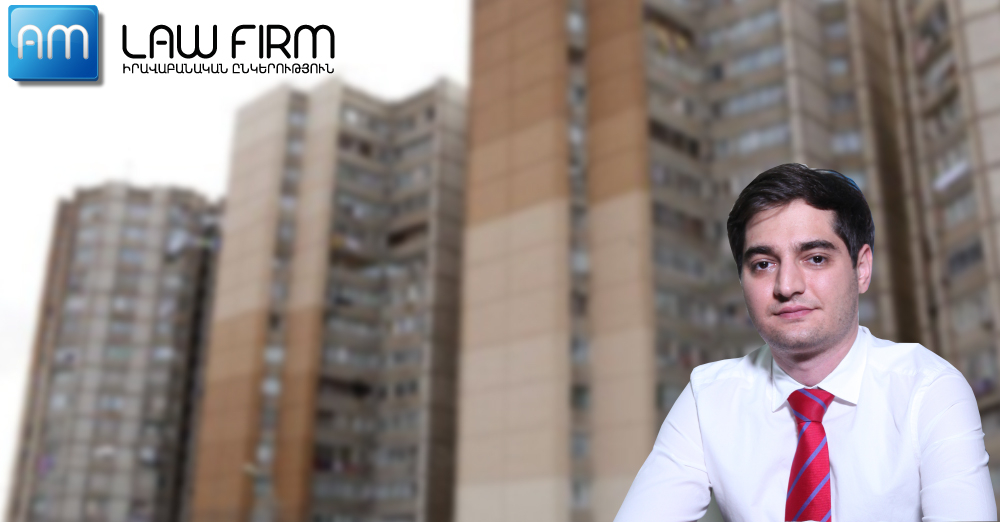 
“AM” Law Firm won another victory in RA Administrative court. The citizen acquired the property owned by the community of Yerevan and the land allotted for it by the right of ownership Based on the relevant decision of the mayor of Yerevan and by concluding the necessary contract. After the state registration of the right, the latter transferred the real estate to a legal entity under a gratuitous use contract.

The resident of the apartment building located near of the real estate had filed a lawsuit in court, asking to recognize invalid the relevant decision of the mayor of Yerevan and the state registration of the right based on it. In the lawsuit, the latter claimed that the relevant decision of the mayor of Yerevan was made in violation of the requirements set by the government and the existence of the structure violates the security of his apartment, the right to immunity of his private and family life, property right, freedom of movement and the peace of the inhabitants of the apartment.

In the above-mentioned case, the clients of our company, the citizen and the legal entity, were involved in the lawsuit as a third party.

During the court session chaired by Judge Rafik Khandanyan in the RA Administrative Court, the lawyer of “AM” Law Firm Ashot Shamshyan presented indisputable arguments related to the above-mentioned case. The citizen who complained to the court claimed that our client's structure was part of the land allotted to the adjacent apartment building, but the lawyer inquired with the RA Cadastre Committee, and the state body replied that the area was not part of the apartment building. Also, substantial arguments were presented to the court regarding the citizen's allegations as if the security of his apartment, the right to immunity of his private and family life were violated.

Taking into account the proofs of the lawyer of “AM” Law Firm Ashot Shamshyan the judge considered the lawsuit filed by a citizen living in an apartment building unfounded.

Due to the victory of “AM”, the former employees of ...
Feedback
After many years of work with AM Law Firm we want to express our gratitude to the team. Being always polite and positive, they bring good mood and atmosphere to our relationship. All our requests were carefully examined and we were always provided with very professional answers. "Polite, Organized and Professional" - all this is about AM Law Firm team!