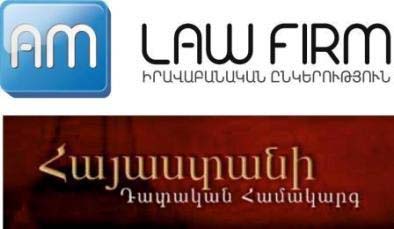 AM Law Firm highly appreciates the work of all judges and respects fair decisions of all courts, which give possibility protect legitimate interests of firm’s all clients in the courts of RA more effectivly. Simultaneously, guided by the interests of justice, highlighting the priority of the defense of the letter of the law and based on our clients’ interests we are ready to use all the possibilities, given us by the law.