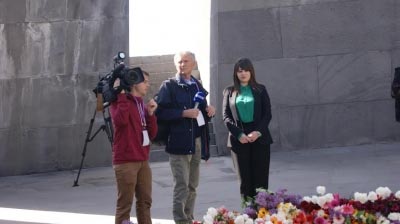 During the interview given to the journalist Jan Pier Martini, Narine Sargsyan introduced the details about the commitment of Armenian Genocide, the denial of its fact and the legal issues of the recognition of the Genocide.

The program will be broadcasted on RTL TV, which will greatly contribute in that country and the international community's awareness of the Armenian Genocide in general.

Feedback
The youth and experience of "AM" lawyers is excellent combination of high professional skills, which help to find a solution to any legal problem.