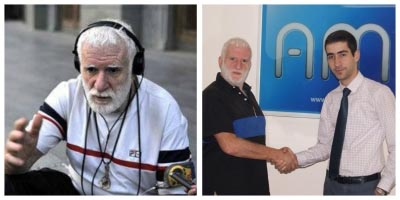 
A few months ago a story of the apartment of Levon Abgaryan, who is popular for driving  rollers in Yerevan, became a subject of broad public discussions and was comprehensively enlightened by mass media.

The latter repeatedly announced that he became a victim of fraud and was deprived of the right of ownership towards the apartment belonging to him.

Giving importance to the corporate social responsibility and keeping its promise AM Law Firm continues  supporting Levon Abgaryan in the protection of his legitimate interests.

Now the issue was moved to the field of civil procedure and an action was brought with the demand of evicting our trustor from his apartment.

Vanik Margaryan, chief legal adviser of AM Law Firm, advocate, will protect the interests of Levon Abgaryan within the framework of this civil case, as well, by substantiating the illegality of termination of the ownership right.

Feedback
“AM” law firm is distinguished by its experienced specialists, by the professional and high quality work done, by its willing and responsible attitude towards its clients. The Company quickly and optimally solves the issues and the problems arisen by saving customer’s time.