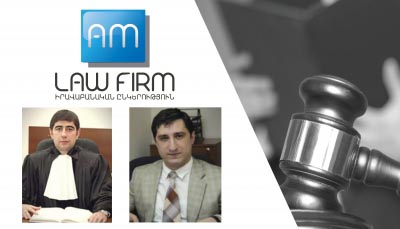 
The RA criminal court of appeal presided by V. Rshtuni left the decision of the court of first instance of Shirak region of 30 March 2016 in legal force by reestablishing the violated rights of “AM” law firm client by the decision number ՇԴ/0006/11/16 made on 27.04.2016.

By this decision it was confirmed that the director of state non commercial organization is not considered as a public servant, consequently, a person in public service defined by RA Criminal procedure code, as well. The argumentations of the mentioned decision hereinafter may be basis for the protection of the rights of the persons occupying certain positions but not being public servants in accordance with the interpretation of the legal norms.