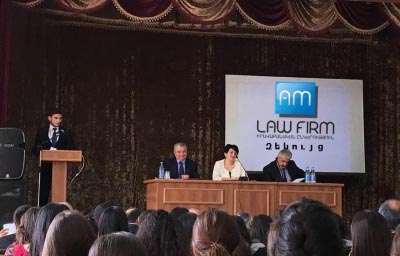 
Marat Antonyan, legal adviser of “AM” Law Firm participated in the international conference dedicated to the 25th anniversary of  the Republic of Nagorno Karabakh, which took place in Artsakh State University, in the plenary session of which he has presented report entitled "Current problems of the international legal status of Nagorno-Karabakh." Within the framework of  the report the Artsakh Republic, as a subject of international law, the legal analysis of the status were presented, and the mechanisms of legal regulation of the situation in the region has been studied.

The official opening ceremony of the conference was attended by Chairman of the NKR Parliament A. Ghulyan, Artsakh State University Rector M. Minasyan, member of the Russian Association of International Law, c.p.s. K. Babayan and other scientists and politicians, as well as local and foreign university’s students.