Pedagogue found justice in the court 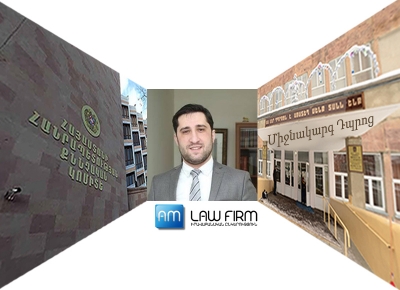 
The director of one of  the  schools  in Yerevan was  involved  as  a suspect by  unfounded suspicion for abusing her official position and  falsifying  in official documents.

As a result of this  groundless  charge, in June of this year the director's office was temporarily suspended by the investigator's decision.

The Director of school applied to «AM» Law Firm to recover his violated rights and defend himself from groundless accusations. The professional advocate team of  «AM» Law Firm under the leadership of Levon Sahakyan took the defense of the injured  pedagogue and, as a primary step, filed a complaint against the investigator's decision to the prosecutor's office.

The Arabkir and Kanaker-Zeytun administrative districts Prosecutor's office rejected the complaint against the investigator's decision and the lawyer Levon Sahakyan's  team had to appeal  the decision of the investigator in the court. The court satisfied the complaint of the educator, obliging the prosecuting authority to abolish the rights of the director and, by his decision, enabled the director to be re-established in his work.

The case is under way, and the professional team of «AM» Law Firm will continue to fight for the complete restoration of the rights of the unreasonable accused pedagogue.

Legal and illegal restrictions on service parking spaces: ...
Feedback
The youth and experience of "AM" lawyers is excellent combination of high professional skills, which help to find a solution to any legal problem.