Joining the Customs Union itself does not violate the Constitution. 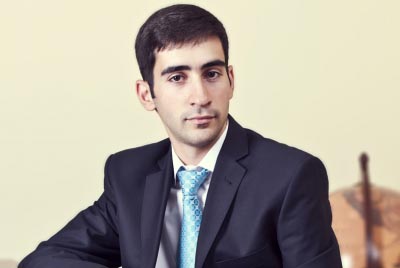 “Mr. Margaryan the Customs Union initiated by Russia provides for unified customs tariffs and procedures in respect of third countries. That is, in case if we join the Customs Union we will lose the opportunity for independently defining the regulation of the trade terms with countries outside that union. Doesn’t this contradict with our constitution?”

“I would firstly like to note that the package of the documents in regard to Armenia’s membership is not available yet so it is not possible to make definitive conclusions. However, while drawing parallels with the European Union, for instance with the experience of France and Germany we see that they have special constitutional regulations regarding European Union. This makes the execution of certain authorities by a supranational body possible. Our Constitution has no such provisions and therefore no supranational body can directly set any mandatory regulations, including customs regulations. So in this sense a controversy with our Constitution may occur.

“In general how does the transferring of some rights to supranational bodies threaten the sovereignty of the states?”

“I am far from the idea that France or Germany has lost sovereignty by transferring certain rights to a supranational body -the European Union. When a state decides to join such a union it is an expression of sovereignty as well. However, such questions should have constitutional regulations and shall not be in controversy with the Constitution since our Constitution sets that the international treaties contradicting with the Constitution cannot be ratified.”

“In case if Armenia sets unified customs tariffs for third countries what opportunities will Republic of Nagorno-Karabakh have? Will Armenia have to raise the customs tariffs for goods imported from NKR or will the territory of NKR be also included in the Customs Union?

As we know, The Republic of Artsakh has declared independence. I’m proponent of the idea that in international law the state, as an entity, can be formed regardless of its recognition. Namely, a state is formed, proclaimed, established and is recognized based on the latters. In such conditions membership of Armenia to the Customs Union cannot itself  cover Artsakh since such a decision can only be made by the Republic of Artsakh itself. As a solution Armenia can make a reservation to international treaties. That is, a clause can be included in the treaty stating that customs regulations set by the treaties shall not apply to Artsakh. In any case raising issue of Artaskh within Customs Union can also be useful in a sense that Artaskh will be once more considered as a subject in an international platform. I believe that the best version would be if Artsakh joined the Customs Union separately from Armenia. This will directly be considered as recognition of a state and will testify the sovereignty of Artsakh.

The court recognized the publication made by the former ...
Feedback
We are proud to have established a long-term partnership with AM law firm. This cooperation through many years and even more years to come is a true evidence of mutual trust and loyalty between our institutions. Flexibility, speed and reliability of AM law firm are the most estimated features witnessing of high-level proficiency and extensive experience of this company.