The person who was accused for using a weapon was acquitted 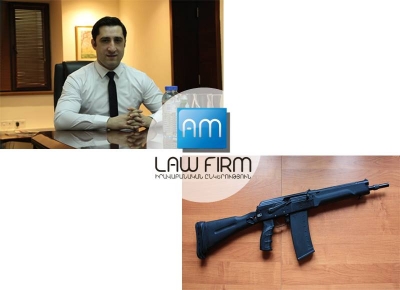 
A citizen of Gyumri bought hunting rifle model “Saiga-410K” several years ago, which was used according to regulations provided by the legislation. However, one of the client’s guests taking the key of the metal closet from the table opened the closet and took the hunting rifle owned by the landlord and shot in the living room negligently, as a result of which has received a serious body injury.

As a result of this accident, a criminal case was initiated in 2016 for violating the regulations of keeping a weapon at home, as well as for not preventing the usage of the weapon by the third party, consequently a serious body injury was caused to another person.

Within the court proceeding the hunter from Gyumri has applied to “AM” Law Firm asking for help from the groundless accusation towards him.

The court of Shirak administrative district recognised the hunter from Gyumri guilty for doing the above mentioned deed and only for passing the expiration date according to the article 75 of Criminal Code release him from criminal liability.

However, the team of the advocates of “AM”, headed by Levon Sahakyan, not accepting the mentioned judicial act, has appealed it to the Court of Appeal presenting appropriate proves and claiming to acknowledge his client innocent. As a result of grounded proves presented by the professionals of “AM” Law Firm, the Court of Appeal overturned verdict of Shirak Administrative district and recognized the defendant completely innocent.

Feedback
In the cooperation with AM law firm we most appreciate the timing of the work, which in no way influences the quality of the provided services. Furthermore, we appreciate the professionalism of the lawyers and their readiness and willingness to be involved in the solution of complicated issues which in our case demand high and up-to-date knowledge of local, as well as international business law.