7 million has been returned. Another victory of the debt collecting service 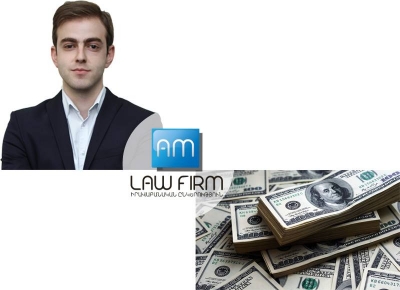 The parties tried to solve the problem by themselves, but they couldn’t solve it for a long time and the business relations between those two companies had turned into civil dispute. In this confused situation the airline ticket sales company has decided to apply to “AM” Law Firm to get back its money.

The employees from the department of the debt collection services of “AM” Law Firm, headed by Hayk Barseghyan, took all the necessary actions for solving the problem without applying to the court. Particularly, due to the negotiations the parties reached an agreement, as a result of which 7 million AMD has been returned totally in a relatively short period of time, then it would be returned in case of legal proceedings. Thus, the professionals of “AM” Law Firm succeeded in collecting the debt in a short period of time and without court proceedings which has not been returned for a long time, besides, they were able to recover business relations between parties.

Feedback
Recently I had to initiate litigation related to real estate against a state body in Armenia. After a series of negotiations with lawyers, group of experts from "AM" were the only ones who managed to identify a beneficial way out for us. I see them as high quality lawyers committed to their business. I am recommending them to anyone with confidence.