The illegal decision of the police officer has been revoked. the case of extortion from the insurance company will be subject to a normal investigation 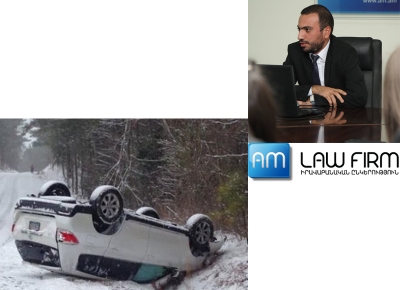 
The illegal decision of the police officer has been revoked. the case of extortion from the insurance company will be subject to a normal investigation

As a result of a car accident the car's passenger got body injuries and was taken to hospital. The hospital has sent the compensation invoice of the medical expenses to the largest Armenian insurance company, which insured the car’s driver’s liability.

Having enough doubts that the presented amount in the invoice is overstated and in all likelihood there was an attempt to get more money from the company, the insurance company reported to the police. However, the police refused to initiate a case, stating that there is no sufficient ground for it.  Although the decision of the police officer was appealed to the RA Prosecutor's office, and then to the court of first instance, the decision had remained unchanged.

To defend his rights, the insurance company applied to AM law firm, and one of its experienced advocates - David Hunanyan- appealed the court decision to the RA Court of Appeal. The latter, having examined the lawfulness and the legal grounds of such decision, found that the police officer had had sufficient information indicating to crime elements and had had no any material refuting them, therefore had to open a criminal case, which had not done.

Thus, due to the strong arguments presented by the lawyers of AM law firm, the RA Criminal Court of Appeal revoked the illegal decision of the police officer, in result of which the prosecutor is obliged to initiate a criminal case.

The court recognized the publication made by the former ...
Feedback
I really apreciate how “AM” Law Firm team cares about its clients. The attorneys on criminal cases show high responsibilty, effectiveness and willingness to react in detail to every issue that can be met during the case.