The company, making large-scale investments in Armenia, has been deceived. AM has started a criminal case 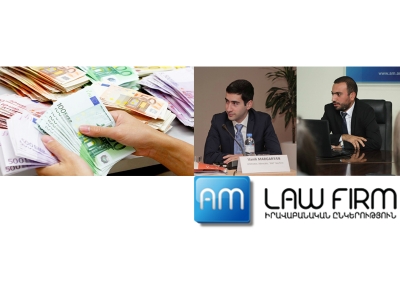 
The company, making large-scale investments in Armenia, has been deceived. AM has started a criminal case

An international investment company, which has been making large-scale investments in Armenia, has applied to AM law firm complaining that it’s been several years that his Armenian partner had been avoiding to pay its debt amounting to several million Euros.

Due to the high competency of the lawyers’ team led by Vanik Margaryan’s, a bankruptcy case was initiated against the Armenian company.

In the course of the case, it was revealed that the Armenian company has intentionally taken steps to create a situation of insolvency to avoid the payment of the debts.

As a result, a criminal case has been initiated by the RA Prosecutor General's Office due to the work of AM’s another team of lawyer led by Davit Hunanyan. Currently, the investigation based on the Article 193 of the RA Criminal Code is underway.

The Prosecutor General's Office has issued a statement on this case. For more details visit: http://www.prosecutor.am/am/mn/7096/ (available only in Armenian).

The wind damaged the greenhouse, the loan was left without ...
Feedback
Very Good law firm which suits the needs of international clients very well. Everything like you expect it. Honest and good people.