Another victory of "AM" law firm, this time in Court of Cassation 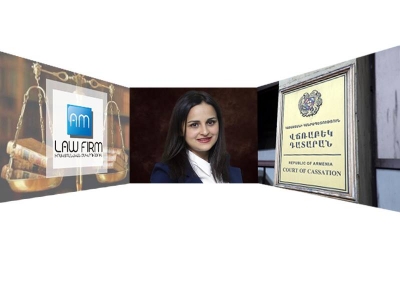 
Another victory of "AM" law firm, this time in Court of Cassation

Paytsar Kocharyan, advocate of  "AM" law firm, presented an application to the general instance court of Shirak region on the request of recognition of the missed term for inheritance acceptance as justifiable, which was rejected by the court.

The appeal was filed again, a petition for considering the term for filing the appeal as justifiable was attached. The RA civil court of appeal made a decision to return the appeal justifying that the mentioned petition is groundless.

An appeal was filed by the advocate of AM law firm which was accepted by the RA court of cassation. The court of cassation granted  the appeal with the justification that the persons having filed the appeal were deprived from the rights to fair trial and judicial protection merely because of formal circumstances.

Moreover, the RA court of cassation mentioned that the court of appeal violated the reasonable correlation between the undertaken limitation and the pursued purpose by rejecting the motion and returning the appeal with the given reasoning, which is incompatible with the content of the right to judicial protection which is considered as one of the priority rights of a person.

Feedback
I am very impressed by the working style and professional skills of AM law firm. I appreciate their professionalism, willingness to approach the issues deeply, the ability of finding quick and efficient solutions. Many thanks to your lawyers for such high quality services.