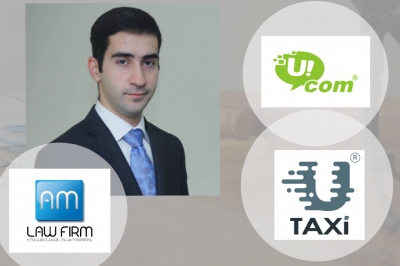 Since last year, Ucom has demanded to prohibit the use of trademark “Utaxi” in any combination of green and white colors, as a result of which the Commission for the Protection of Economic Competition called an unfair competition the use of mark by “Utaxi” and prohibited it.

Due to the efforts of an advocate of “AM” Law Firm Vanik Margaryan, the Court argued that the use of the Utaxi trademark in green and white colors could not be considered as an unfair competition as the company used a trademark registered without color protection which could be used in any color.

As a result, the RA Administrative Court invalidated the decision of the State Commission for the Protection of Economic Competition and recorded the “Utaxi” Company's right to use its registered trademark of any color, including green and white colors.