The half of the citizen's land wanted to take away, but they could not. ''AM'' Law Firm again won in the court 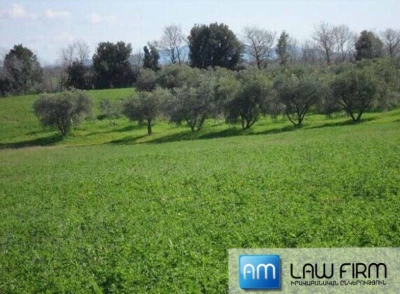 
The half of the citizen's land wanted to take away, but they could not. ''AM'' Law Firm again won in the court

The citizen refered to ''AM'' Law Firm, informing that his brother had been trying to seize half of the land owned by him for many years, with various means, judicial and extrajudicial.

The plaintiff appealed Court of First Instance of Yerevan demanding the recognition of the right of common joint ownership of the land, claiming that he was deprived of the opportunity to use the common service and areas.

The lawyer of ''AM'' Law Firm presented a position in which it was pointed out in particular the Article 209 of the Civil Code of the Republic of Armenia regarding the non-dissemination of this edition to the arising legal relationship, the application of the statute of limitations, the deprivation of the right and the contradiction on the registration of two rights on the same property.

As a result, the Court of First Instance of Yerevan, based entirely on the arguments presented by the lawyer, denied the claim, eliminating the continuing breach of the rights of another owner, excluding the legitimacy of the possibility of further harassment of plaintiff and demonstration of unsubstantiated ambitions.

The wind damaged the greenhouse, the loan was left without ...
Feedback
"AM" law firm is currently the leading firm and addresses all the issues imposed with liability typical to a leader. The cooperation with this firm is guarantee for security.