The sum of the dutch insurance company will be returned: by the efforts of the "AM" Law Firm it was concluded another great agreement of reconciliation. 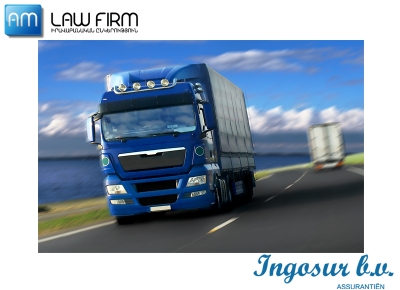 
The sum of the dutch insurance company will be returned: by the efforts of the "AM" Law Firm it was concluded another great agreement of reconciliation.

Still in 2017, the British company and the Armenian shipping company signed a transport contract under which the carrier was obliged to transport the cargo to Armenia mentioned in the consignment note. During the transportation, the cargo was stolen from the Dutch and Belgian border, causing the British company damages about  79,000 USD. The Dutch insurance company, having paid for the damage caused to the party during the insurance accident, received the right to claim compensation from the carrier and started negotiations on the confiscation of the money, which, however, , are not completed with success: the company decided to address the "AM" Law Firm to resolve the dispute.

Hayk Barseghyan, head of the debt collection department, headed by Vanik Margaryan, the lawyer, the shareholder of "AM", began negotiations with the Armenian transport company. Debt collection was carried out by combining the methods of judicial protection (bringing complaints to the Court) and negotiations.

As a result, the parties reached a common denominator and entered into a reconciliation agreement, which resolved the dispute lasting for a long time and causing unnecessary complications for the parties.