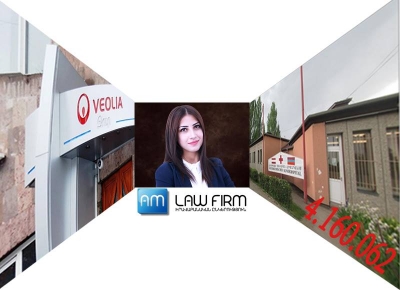 8 December, 2018
‘’Gyumri's mother and child's Austrian hospital’’ has been exempted from a water's fine of 4 million through the efforts of the ''AM'' team "Veolia Jur" closed joint-stock company in November sent a tax invoice’s extract on provision of services and execution of works signed by electronic version, to the ‘’Gyumri's mother and child's Austrian hospital’’, according to which the company's debt for that month was more than 4 million drams. "AM" Law Firm, representing the interests of "Gyumri's mother and child's Austrian Hospital" CJSC, has appealed the above-mentioned claim, not being agree with such a large amount of debt. In response to a claim, the ‘’Veolia Jur Company’’ reported that the breach emerged as a result of external interference on the basis of which a recalculation of debt was made according to the subclause 3 of the clause 47 of the rules determined by the decision number 378-N of 30.11.2016 of RA Public Services Regulatory Commission . Not considering the submitted justifications not satisfying the lawyers of ‘’AM’’ again appealed the decision, demanding to recognize it as invalid and to restore the infringed rights of the client. As a result, through our lawyers efforts, the "Veolia Jur" satisfied the complaint, justifying that as a result of the investigation’s findings it was discovered that the violation recorded at the above address was allowed as a result of the activities of the employees of "Veolia Jur" CJSC and consequently is absent the fact of the damage caused by the illegal operation of the company.
Latest News