Sewing factory was on the brink of closure: Due to “AM” the small enterprise will continue to operate 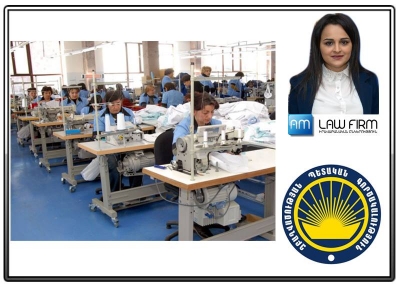 
Sewing factory was on the brink of closure: Due to “AM” the small enterprise will continue to operate

A 62-years-old woman rented a space with the support of RA government and worked in sewing. After a while, the State Employment Agency of the Ministry of Labor and Social Affairs decided to terminate early the agreement with her and to charge the amount provided as a support.

The point is that under the contract with the government, the beneficiary was obliged to engage in entrepreneurial activity for at least two years and register as an individual entrepreneur.

According to the justification submitted by the State Authority, she violated the essential provisions of the agreement and ceased to engage in entrepreneurial activity, ceasing the activities of an individual entrepreneur.

Lawyers of "AM" Law Firm filed a suit and grounded evidence to the court, claiming that the termination of a public activity of an individual entrepreneur does not mean the termination of enterpreneurial activities where the person continues to provide services and engage in economic activity.

In spite of the fact that our client had ceased the activity of individual entrepreneur, he was de facto engaged in economic activity that was also documented by the state body's monitoring but was not taken into account when making a disputed decision.

As a result, the Court of First Instance of Yerevan considered the fact that the non-literal interpretation of the provisions of the contract led to such a decision and rejected the claim submitted by the state body.

The wind damaged the greenhouse, the loan was left without ...
Feedback
"AM" law firm is currently the leading firm and addresses all the issues imposed with liability typical to a leader. The cooperation with this firm is guarantee for security.