David Hunanyan, partner of "AM" Law Firm, touched upon the controversial points of the new draft law on fight against smoking 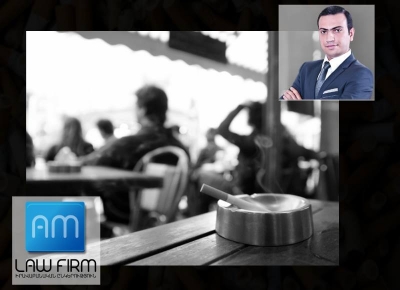 
Advocate of "AM" law firm Davit Hunanyan in his interview to Armdaily.am commented on issues referring to multiple interpretations of formulations, violation of the rights of smokers, as well as high penalties in the new version of the draft law on fight against smoking ("On Reducing and Preventing Health Damage Caused by Tobacco Use and Tobacco Smoking").

According to the advocate, this project aims to reduce the number of smokers in Armenia as much as possible:

"From this point of view it was not possible to take into consideration the rights of smokers: it would just be a mistake and would contradict the goals. The body following the execution of law requirements will definitely have a serious problem." he said.

David Hunanyan is sure that the draft law will also have an impact on the economy.

"If the number of tobacco users is reduced, tobacco producing companies will have a loss of consumers. At the same time, commercial organizations which contributed to the promotion of trademarks of those manufacturers, would be deprived of the opportunity to receive profits.

The advocate, noted that it is possible to set out a much smaller amount of penalties, and after the adoption of the law undoubtedly to bring to responsibility those who violated the law. At that time it will definitely be possible to register a positive result.

"There is a certain threshold above which  penalty is " painful "for an ordinary citizen. he/she will never do the same thing for the second time. It does not make sense to put it so higher by already striking the social basket, "he said.